This all happened because of Elayne from NYC, one of my favorite person in the world. She had planned to spend that weekend in Toronto and had asked me to join her. Only, I am not so fond of Toronto. As a compromise, combined with gig-a-holism, I booked some shows to play as a way to pass by Toronto and hang out with her for a bit. I was actually overwhelmed of the choices and opportunities that were given to me, only 2 weeks prior. First of all, thank you Cailen, Kyle, Brad, Dorian and Mike to have helped out with getting two shows at the last minute like this. Basically, I drove to Toronto after work on Thursday, and met up with Elayne. Friday morning was a lame/fun quest for free wi-fi, which we ended up paying for + coffee, breakfast, and record shopping at Soundscapes. So here we are! 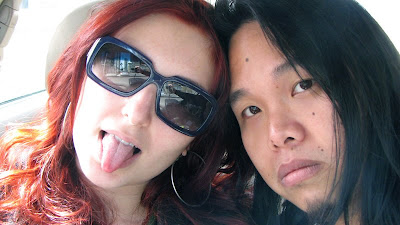 We also went to Niagara Falls early afternoon with another Toronto friend. However, I couldn't stay for very long as I had to leave for Hamilton to pick up Ryan/Electroluminescent. We headed to London and made it to the East Arts Village Co-op (EVAC) where we were greeted by the guys from the collective. It was a cool artist/gallery space, with a big jam room in the back, which used to be an old auto workshop. I was treated for some awesome curry chicken + mango juice at the Rickshaw thai restaurant in front by Matti, next to the Above Average Hair Care. 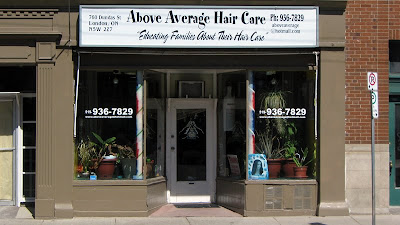 Elayne & friend came to join us as the show was about to start. There was a good crowd, the small space was quite full of people and they seemed really appreciative of the music. Exit 2012 played really well, it was the EVAC people, i.e. Cailen, Lido, Eleanor, Kevin and Mike, and their set was quite refreshing, I hope they record their jams. We slept at the space, with the fire place on for heating. The next day we hung out at the farmer's market for a couple of hours, where we treated it as our own personal home. We had coffee and cheap greasy breakfast there. There was also a flea market on the 2nd floor. I later bought an orange for 50 cents, good old-fashionned Dutch-style apple fritters for everyone (1 dollar each) and an experimental cupcake (also 1 dollar). 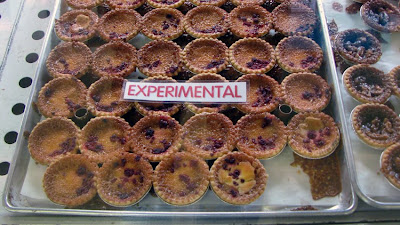 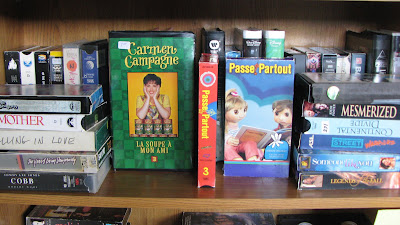 Windsor. It was cold & windy, and the streets were depressively empty by the time we got there, so we went straight to the waterfront to hang out with Cecile. 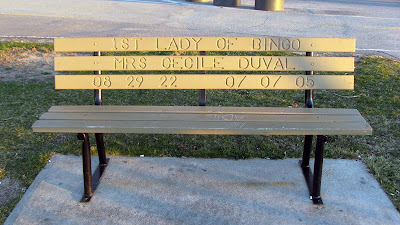 However, by midnight, the streets were filled with loud drunk clubbing girls in short skirts, passing by and around the venue while we were playing, and after we were playing. It was quite surreal and weird for some reasons, just because it did not make sense in the environment of an indie post-rock/ambient show. That venue is the Phog Lounge, which were voted the best music venue in Canada by CBC Radio 3, at everyone's surprise! Our show was also broadcasted live on the internet by Tom, the co-owner of the Phog, who is by far, the coolest venue guy in Canada. Beware of his danger juice however, aka the 8% stout on tap, which is amazingly tasty and addictive. A little late twitter/facebook announcement brought us a couple of dozens of viewers around the world, including Sofi, Shaun (DAD drummer), Shane, Z, Neil/Naw, Mike/Sales Dept/Beef Terminal, Dylan, friends from back home in Montreal, Ottawa, Toronto and Hawaii! It was wicked as we could also chat, IRC-style while watching the performances, that was quite cool. Electroluminescent possibly played the best set I've seen from him and I think he was pretty happy about it too. What Seas, What Shores played great as well, I was pleasantly surprised and I look forward them coming to Montreal in July.

Close to 24 hours on the road this weekend, that was a good practice run for Europe in a couple of months, except that in 24 hours we would've done like 6 countries or something. 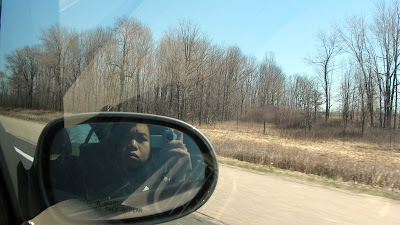