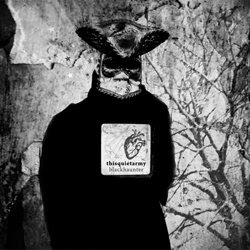 1. Black Haunters
2. In The Breathing Forests
3. Vampyr
4. Taming The Beast
5. Hunting Demons
6. Stranger Than The Sea

This album is a darker affair than the debut 'Unconquered', dealing with inner demons & chilly nightmares, just in time for Halloween season! In fact, an early version of 'Vampyrs' initially appeared on Silber Records' Halloween digital compilation, which was never pressed on CD anyway.

The album is beautifully packaged in a digipak and features the amazing artwork by Annie Stephens, check out her stuff on http://rednailswrongcity.blogspot.com/

If you live in the area, please support these stores!

For the other folks around the world, they will available on November 4th - the official release date, through Elevation Recordings' distribution networks & the stores they cover.