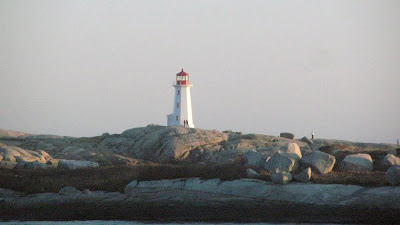 I was invited by a childhood friend of mine, Yassine Ouhilal, to perform at his art opening. We went to school together from age 6 to 16 or so and have not seen each other in 10 years... more concretely, in 15 years. 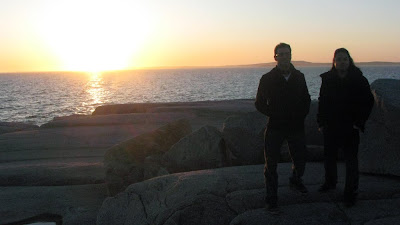 Yassine has become a surf photographer who travelled in the Arctic Circle and managed to captured the beauty of these arctic landscapes, mostly in Iceland and Norway. It was really nice to see him again to catch up, eat sushi and well, drink a lot of coffee: when I got there, he was in stress-mode as the opening was in 3 days, and no print was ready yet.

There wasn't much time for sightseeing, but I got to witness and be part of the whole production process of 50-60 prints or so, from the last photoshop touch-ups to the pure pigment on watercolor paper printing process to the cut to the frame assembly to the exhaustively precise mounting process --- which in the end, we had to do most of them ourselves in a borrowed studio space for 2 days in a row & into the wee hours of the night. I may even have learned a new trade; I got out of this training with several paper and glass cuts on each of my hands. 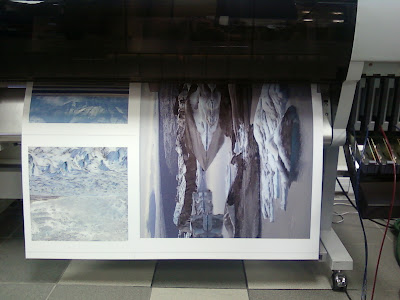 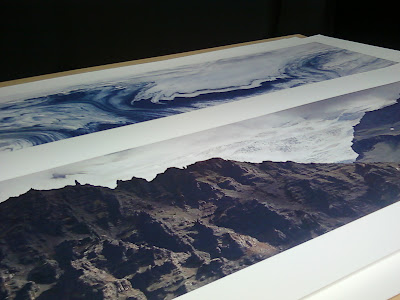 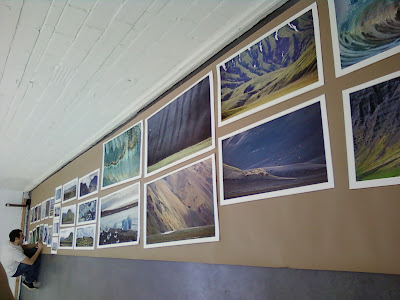 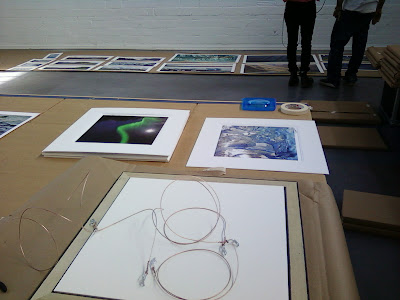 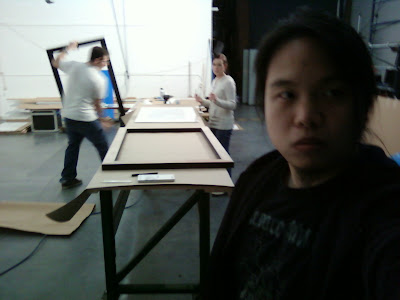 So, it wasn't exactly a vacation but it was nice and somewhat fun to be a part of something relatively big in terms of a real art show. The prints were framed in size ranging from 7"x14" to panoramic 32"x44" views, some in unique or extremely limited edition of 5 or 25. As you can imagine, all that material was pretty costly. You can check out all the prints here.

As for the music, we were supposed to work on a soundtrack for his projected time-lapse films of weather-changing landscapes à la Koyaanisqatsi. When I got there the first night, I plugged in all my gear at his place and improvised some ambient soundscapes mood patterns... but we never got further because we were working around the clock on the framing. Instead, for the art opening at Argyle Fine Arts gallery, I played an improvised three-hour ambient set, from 7-10pm on a friday evening. It was different from anything I've done before, performance-wise --- I was like a paid musician performing at an event, and it is really a weird feeling because I've never considered myself like a musician, but rather an artist that pours his angsty emotions through brushstrokes picks on strings of steel!! (okay, no --- but see article below).

Usually, at my shows, people are very attentive, hypnotized and surrounded by the wall of sounds with the addition of the ghostly abstract visuals. But in this context, it was mostly background music, which was fitting because the point is to sell those large prints to the Halifax bourgeoisie, not scare them away with doom-metal riffs (maybe I could get away with it if I wore a top hat?). However, there were quite a few people who came up to me while I was playing, to compliment me on the music and tell me how it fitted the ambiance of the Thawscapes art show. Three prints were sold that night, that was pretty good. The show runs until April 6th. 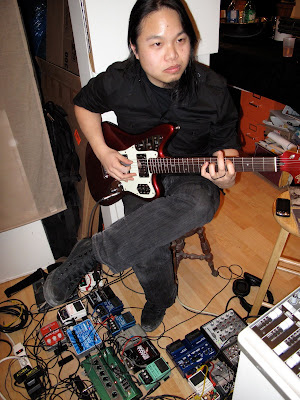 The other show at 1313 Hollis with D/A A/D the previous night was a little bit disappointing in terms of turnout, despite the article in Halifax's only alternative free paper The Coast. But it was good to play a real loud show with my own visuals (as a contrast to the hired-musician-at-the-art-show context), for the people who came (those are always rare, in any city) and to play with Alex. We also got to hang out a little, eat at Freeman's, drink some Propeller beer and get one of those famous hfx sweet donairs. 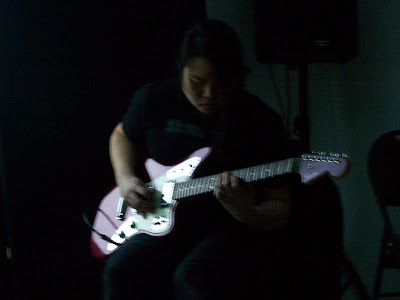 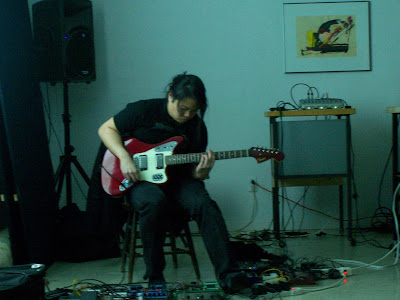 Here's a transcript of the article in The Coast:

"Guitarist and sound engineer Eric Quach first picked up an instrument after discovering the shoegazing genre, which he describes as "creating a huge wall of sound with guitars, using a lot of effect pedals to alter their sound." Quach adds that it's a place of music that has the artist spending "a lot of time concentrating and staring at the floor, making it an introspective performance, as much as for the musician as for the audience." Quach says he used to paint a lot, pouring out his feelings onto canvas, and after creating thisquietarmy five years ago he now pours his feelings into his music, creating sound brushstrokes with the guitar. For his shows, Quach creates soundscapes with his own visuals, just like the real-time scoring of a film. "Every sound produced is created live on the fly, in real-time," he says. "The themes of the visuals are dark and abstract, dream-like and ghostly, which I guess is what you can also say about the music." Be hypnotized by thisquietarmy at Quach's 1313 Hollis show, or go to his specially created soundtrack and performance for photographer Yassine Ouhilal's art opening at Argyle Fine Art on Friday. –Holly Gordon"

Unfortunately, I had to catch the plane to Montreal rather quickly because I was playing the day after the art show with my power-drone outfit Ghidrah with Tom Carter & Zaimph for the Under The Snow festival. On the way to the airport, Yassine showed me his cottage house area and the beach on the eastern shore... it seemed like a really nice place to relax in the summer. 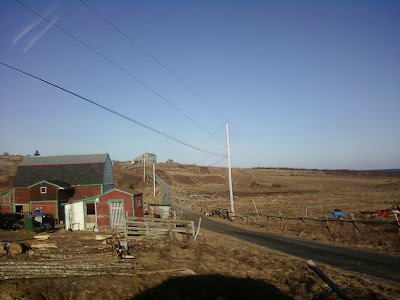 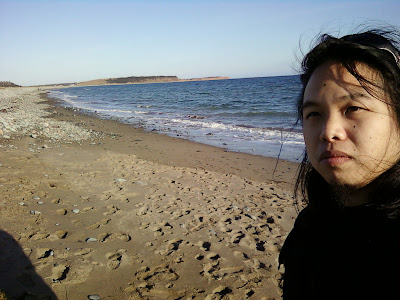