This is one I'm very excited about... We've just approved the master and the artwork, which was handled by the three:four french-swiss record label crew.

Let me just tell you something about the artwork: it's one of those records that you would buy just for the cover, even if you don't know the music. Of course, the music is a huge bonus in this case, as it's a a collaboration with one of my biggest influence, Scott Cortez of lovesliescrushing <--- look, thenospacesbetweenwordsbandname --- coincidence? think again! It has always been an homage to them. This will also be thisquietarmy's first slab of vinyl! And the first of three this year only, if all goes as planned. News from three:four : http://www.three-four.net/news 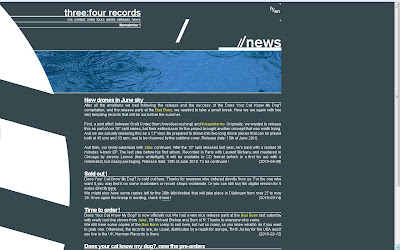