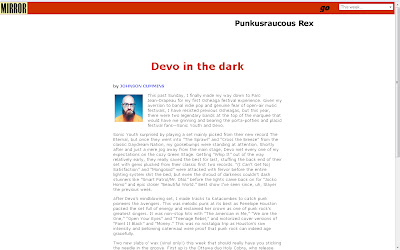 "The real gleaming gem for me this week is the collaboration of ambient drone artist thisquietarmy (aka Eric Quach) with fellow dronester Scott Cortez (lovesliescrushing) under the moniker Meridians. On these two epic and minimalist tracks, released on a limited-edition 12-inch with a pressing of 500 on Three:four Records, the pair expertly explore the limits of space while inviting the listener into their dark and desolate soundscapes. Longtime readers of this column may notice that I’ve been fawning over thisquietarmy quite a bit lately, but with his amazingly prolific output and the results remaining this astonishing, it seems like Quach could soon become a major player in the overcrowded ambient underground."
Publié par THISQUIETARMY à 01:20