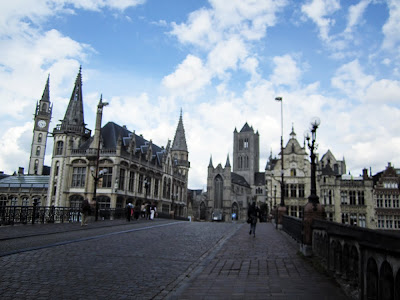 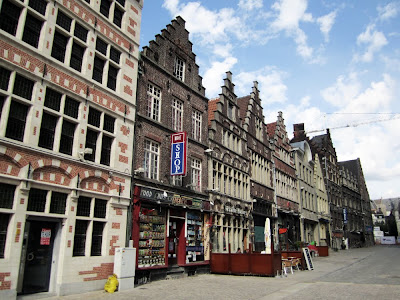 The show took place in this old 15th century mansion, not far from the University's Art School... It belongs to some artist who is currently renovating the whole place, lent to Ondergrond for this special event. 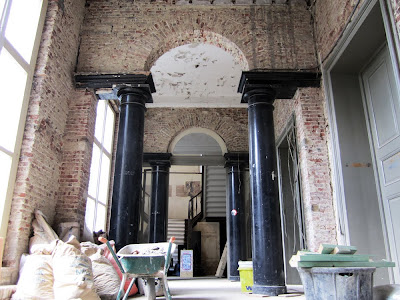 It was kind of a release party featuring our Belgian label Consouling Sounds/Lunasylum (nice to meet Mike & Miguel!), who released the CD version of Aidan Baker & thisquietarmy's Orange, and Syndrome's Floating Veins (Syndrome features members of Amen Ra). I say kind of, because it didn't really feel like one... Though, the event was well attended, it mostly comprised of hipster-ish socialite students who may not really have an interest in the music... Ghent, from what I've seen, has a pretty big concentration of young people as its University is located near the center of the city.
The mansion had two floors and several rooms. All three performing artists, Syndrome (w/ Pieces of Quiet), Aidan Baker & myself had their own room with their own stage and PA. Upstairs, they were projecting a movie in one of the rooms... 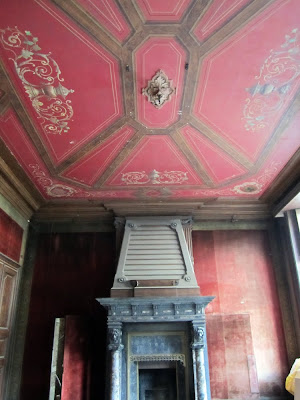 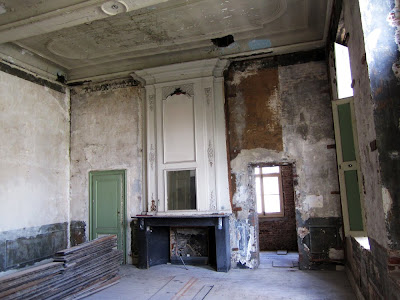 During Syndrome, from the merch room: 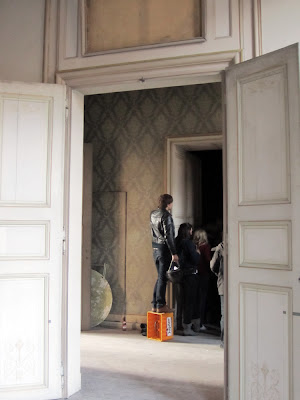 Aidan & I were in adjacent rooms, back-to-back against the same wall but with passageways through both sides of us. We had the idea to do an impromptu secret collaboration at the end of my set, where he would start to play from his room and his sound would bleed into mine, and vice-versa... The audience would slowly catch on and see what was going on in Aidan's room, then come back to mine... It was a pretty cool concept but I was having a hard time hearing what Aidan was doing as his PA was smaller than mine, so I faded out after about 10 minutes. 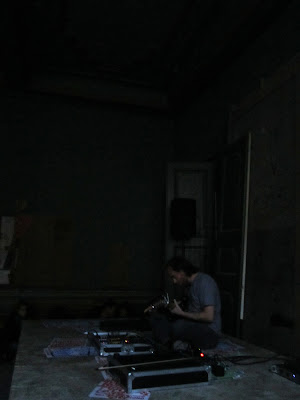 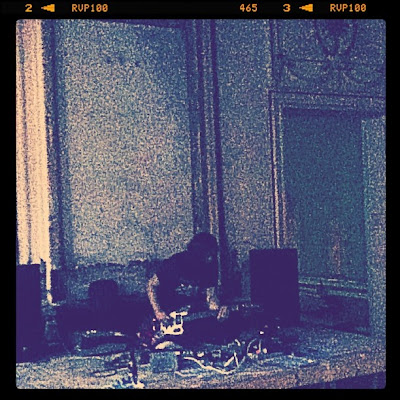 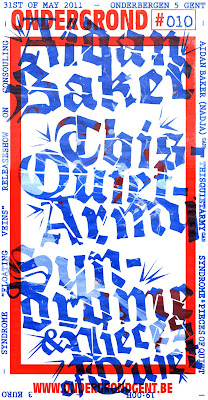