The last show of the tour at the Markthalle in Hamburg, this time with our friend Erik K. Skodvin aka Svarte Greiner & Nadja. Unfortunately, the big bulk of my pictures of this day is from this rest-stop. Here's Leah (of Nadja) being sad about her fictitious dead mama... 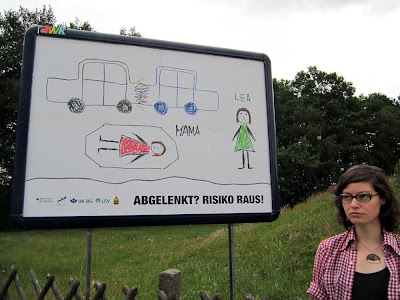 Mini-vibrators, travel pussy, etc. okay nothing special, except that it was in one of those men's room where you usually leave change for maintenance... 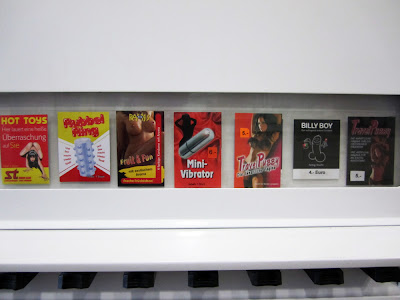 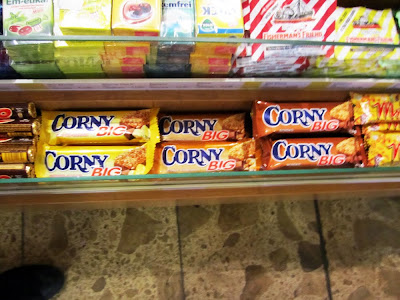 Gurken-snack! Get one pickle for the road... 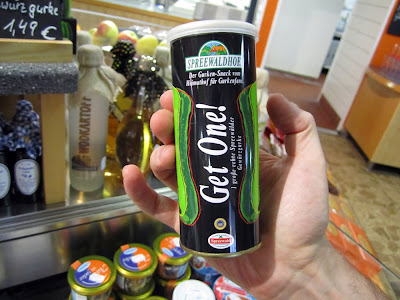 I played in Hamburg two years ago, on my first Eurotour at the same venue, Markthalle and we stayed at the same Superbude hostel - so I don't really have anything new to add. The experience was pretty similar, and I had taken more pictures: here.
However, we requested to have monitors on stage this time, so I could hear myself way better and I felt that I played a much better set than last time... There was a pretty good turnout, and a pleasant atmosphere throughout the whole evening.
I also requested as a joke to eat a hamburger in Hamburg, just for kicks. I believe I ordered the Tom Jones special burger from the Hollywood Canteen, which had pineapple in it, with a side-order of potato wedges & cheese. Greasy!
I'd also like to give a nod up to Faridee, who flew all the way from Mexico City the same day, landed in Hamburg at 9pm and went straight to the venue to catch us play... ! 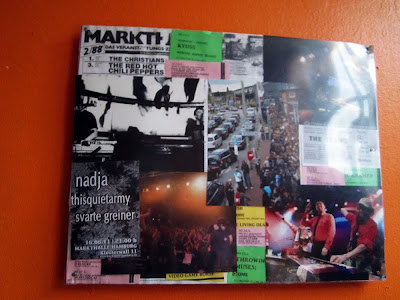 To top it off, I also sold more merch in Hamburg than any other cities on the tour. That was a good feeling, especially considering that I had to pack everything up for my flight the next day, as I was booked for the Suoni Per Il Popolo festival and playing with Locrian, Mamiffer & House of Low Culture the day after. Could not miss that. It was a quick end to the tour... 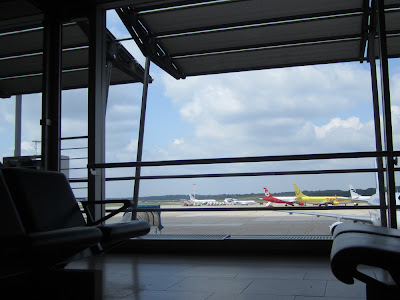