We entered the German soil once again, to play at the Markthalle, Hamburg. I gotta say that shows in Europe are quite punctual compared to back home. Show was promoted for 8pm and the place was filling up already by 7:30pm, on a Friday evening. The venue was a sitting one, opened, with nice benches. We crossed paths with our friends Troum once again, with the addition of Allseits. Troum opened up the show this time, followed by Nina, both of them played great sets. 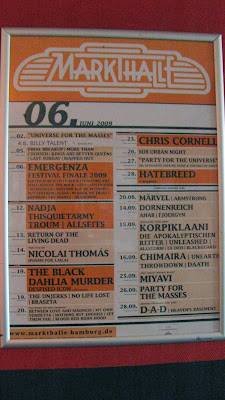 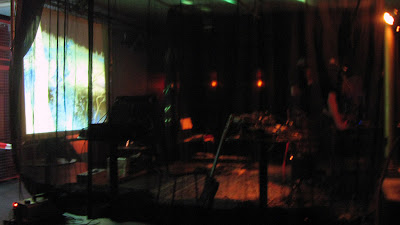 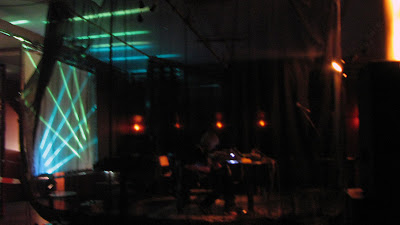 I should also mention the particularity of the stage sound that night, as... there were none. No monitors. Instead, a quadraphonic-like installation, two speakers forward of the stage, two from the back end of the room. Probably amazing for the audience, but atrocious for performers needing every detail of their sound by their feet (me). The sound on stage basically coming from the back end, 300 ft. away. Everything was delayed. Everything sounded so distant. It was very unclear to me how it really sounded in the room. 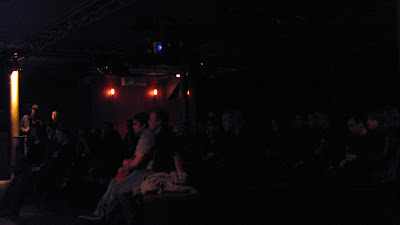 A lot of mistakes were done because of the altered-sounding circumstances. However, I've had more praise at that show than I've gotten so far, from fans, from my peers. Go figure. The worse I feel about my set, the better it is? It's a very mind-boggling perspective. I wonder how it would turn out if I played a deaf set.

We ate chicken brochettes meal provided by the venue, and we stayed at this wicked yuppie hostel nearby --- by far the most luxurious accommodations we've had so far (ok, the apartment in Paris was hard to beat but that was more comfortable & home-ish than luxery). 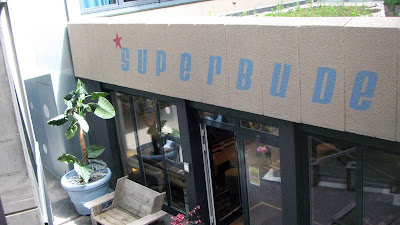