On our way to Italy from Germany, we went through Switzerland. The landscapes were gorgeous enough to make the eight-hour ride quite enjoyable: 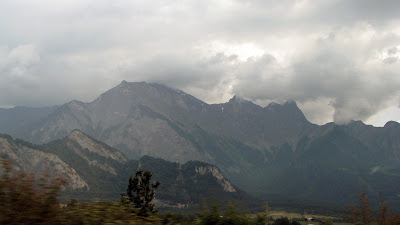 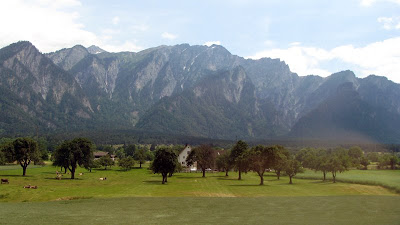 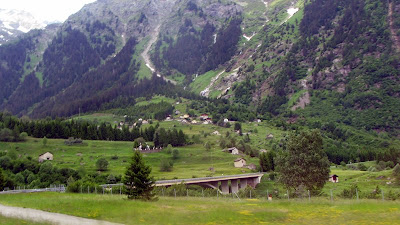 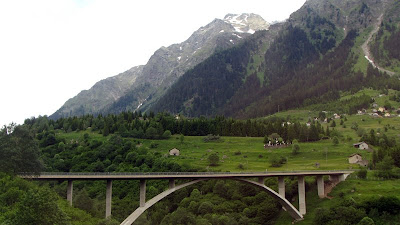 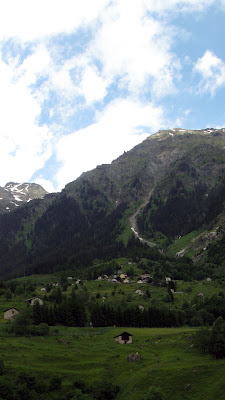 How we ended up in Brescia, I have no idea - we were probably secretly wishing that we were in Milan instead, which is located an hour an half west of. But a gig is a gig, even in a little smalltown. However, it is often in those nowhere places that we have the most to tell about, Brescia was no different.

We felt like we were invading a smalltown community located in Southern California, whose main evening activities revolved around ping-pong, cards and boards games, and have never heard this kind of music before, nor did they care for it. The concert took place in this small restaurant/bar called Enosteria located at the bottom of steps under a large apartment building. 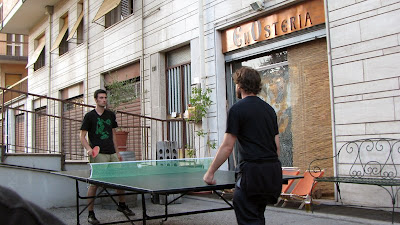 What kind of drone/doom/noise show could be held in those quarters? Answer: a really quiet one. To top it off, they could not turn on the projector when it was time for me to play, and it was quite the scene between the owner, sound guy and promoter, trying to make it work (even though it did work during soundcheck)... So I said fuck it, and I played a completely improvised set because that's how much I cared about this gig. 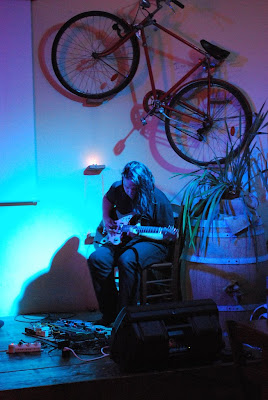 What's funnier is that Nadja were treated as the "hired band of the evening" by the owner, as after they finished playing the dreadful gig, he requested them to play another one "for the people who just got in"... twice! I should also mention that the gig was free. It was later explained to me by Anna (hey, if you read this - write me!), an American girl from Myrtle Beach, SC, living in Brescia (?!) that they have these sort of associations were people can get memberships and have access to free food and shows all year long, and this place was one of them. On the upside, the food served was excellent, consisting of stuffed clams and risotto. 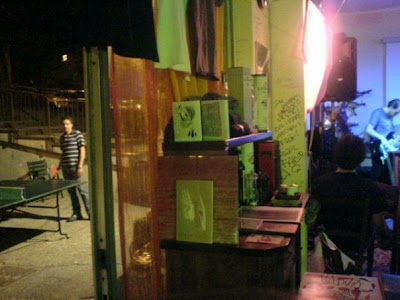 I also made a video exposing the silly context of the gig, watch it:
We slept at the restaurant owner's apartment, which took a while to get there as he was having too much fun with his people and we were getting tired and bored. 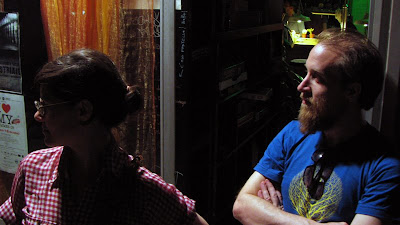 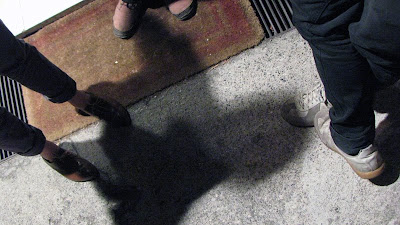 As if it wasn't enough, he showed us a single room with a double-bed for all four of us to sleep in (Aidan, Leah, Hlg & me); I slept on the floor. Even weirder is that he mentionned that his grandmother was sleeping in the next room, then he left us to go back to the restaurant. The next day, we found him sleeping in the next room (which was quite fancy) and we tried waking him up but he was sleeping like a dead duck. Or dog. Whichever. We stormed out of there, got some coffee and groceries for the road. 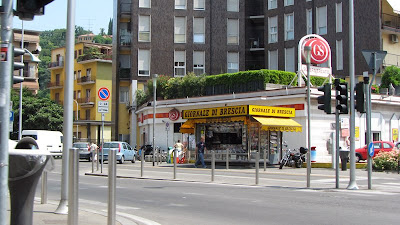