Back into Germany for a day. Leverkusen is right on the outskirt of Köln, middle-of-nowhere industrial suburb where lies the kulturausbesserungswerk or KAW, a cultural center. Nothing much to see around, it was pretty much about the show. The atmosphere was cosy enough, but the sound was awful --- Aidan played a solo set again, only to find out that it was only coming out of the left PA speaker throughout. Clearly the sound man didn't know what he was doing and was embarrassed.

There were three scary-looking long-haired metal heads standing in front of the stage throughout the whole concert, and were difficult to miss. However during my set, I had trouble seeing the knobs in the dark and one of them took out his cell phone to give me some light, that was hilarious and cool! After my set, he said something along the lines of how much he felt my music and it was funny coming from him. 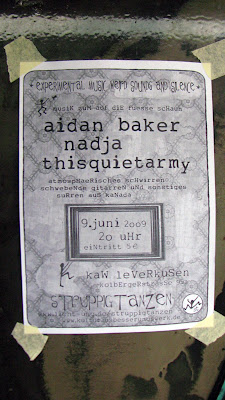 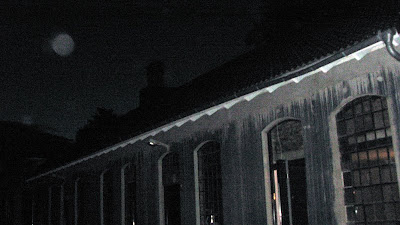 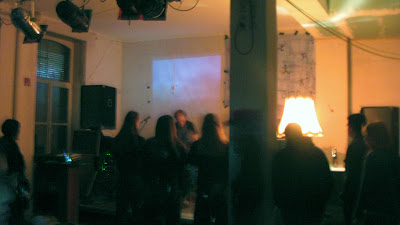 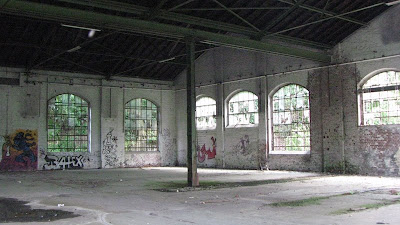 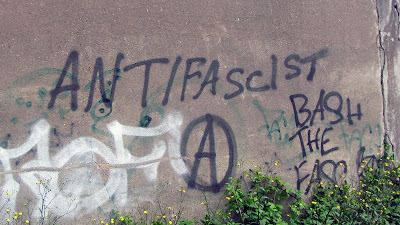 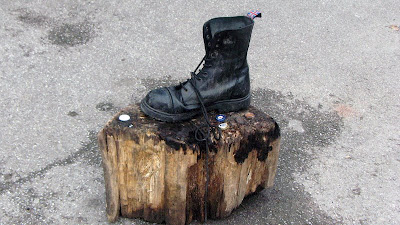 We slept at the venue's somewhere upstairs, on mattresses.
We had soup for dinner.
Publié par THISQUIETARMY à 18:21