We made our way to Frankfurt the next day after a nice breakfast at Transit. I spent the whole ride rolling up the new army green tank t-shirts in the car that i picked up in Berlin, but I also kept falling asleep --- courtesy of jet lag. I quickly learned that it costs 50 cents to use the toilets at the autobahn's rest stops. However, you also get a 50 cents voucher which you can use to buy candies at the store.

Frankfurt reminds me very much of... Ottawa. Banks. Universities. Conservative. Dull. In the middle of it all was the IVI (Institut für vergleichende Irerelevanz) which once were university grounds and now a squat slash cultural center, where 14 people currently live, where political/social/cultural exchanges & artistic events are being held. 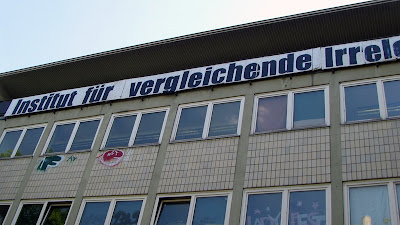 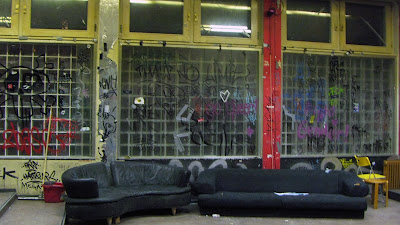 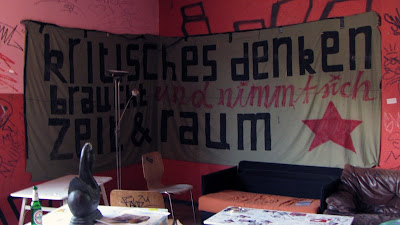 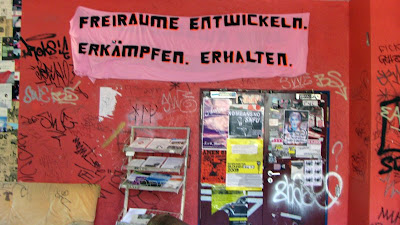 We played in the auditorium (or what's left of it) where the PA was set up. The power adapters and converters situation was stressing me out because I had to hold them with duct tape as they were very loose (thanks Addison). Considering the circumstances, i.e. first show on European soil, jetlag and all, it was an okay debut. The crowd was quiet and does not react much, it was hard to tell whether they enjoyed it. 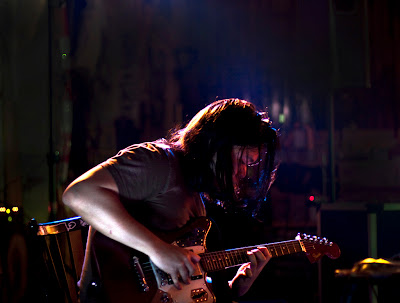 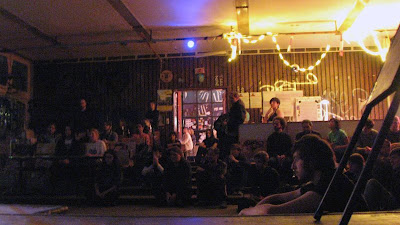 We were fed some bread and chili and we slept in one of the room's of the IVI's 2nd floor. The next morning, we had a pleasant breakfast outside of the IVI --- in the sun, under a tree, which was a nice change of scenery from the squat's dirty vibes. Bagels, spread, olives, cheese, coffee & juice was served --- just what we needed before hitting the road. Thank you Phantom Limbo!