We had another day off on the 7th of June, Paris is a good city for it. To our pleasant surprise, we were offered a nice apartment in Montreuil, at a 10-min walk from Les Instants Chavirés, where we are playing the next day.

I actually have a 1999 Godspeed You Black Emperor! (back when the exclamation was at the end...) bootleg from that venue, so I was really excited to play there. Although the venue was located outside of Paris, it is well-renowned for avant-garde, experimental music, free-jazz improv, with dedicated regulars that know what to expect. In fact, Peter Brötzmann, one of the most important European free jazz musician, was playing that night --- we attended the concert and it felt good to just relax and hang out, to be in the audience instead of on stage and to be "entertained". The neighborhood of Montreuil has this NY Bronx feeling, but around the venue it was quite the Montreal's Mile-End scene, circa late 90's: 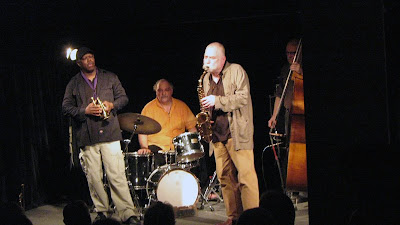 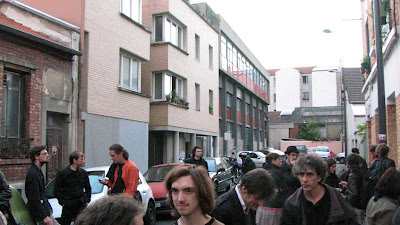 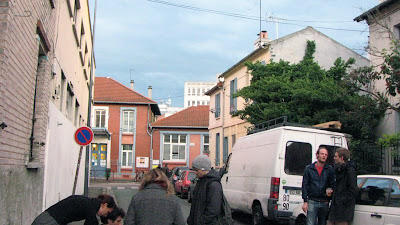 We went for pizza afterwards; I've never seen eggs or cream on a pizza before, and we were later stopped by some guy taking pictures of us for his website "Vie Sociale Rue de Paris". Our pictures still aren't up at this time, but check for June 7th.

The next day, we went into the city for some sightseeing. Alas, it was monday and all the museums were closed! We were stucked with the clichés: 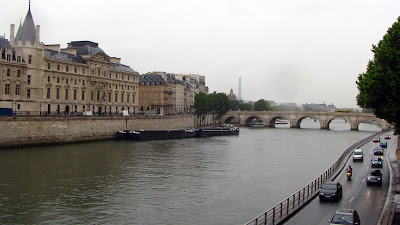 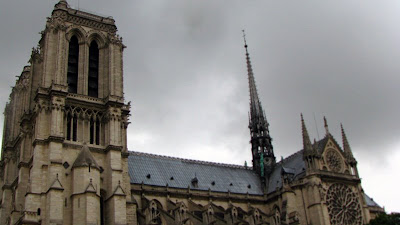 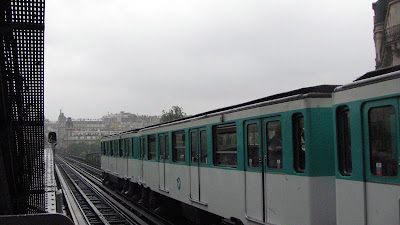 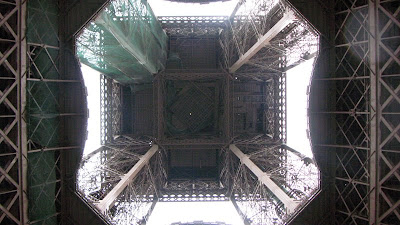 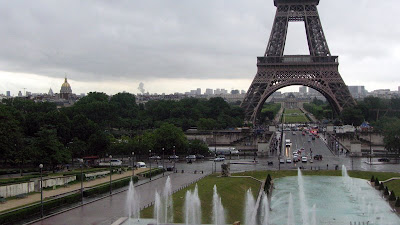 We headed back to the venue for soundcheck. The soundman was our best thus far, Gaylor Olivier of debruit&desilence and Jérome Olivier of Fugues did a great job promoting the show --- although it was nerve-wrecking as there was no one inside the venue until 5 minutes before Aidan Baker opened the night.

In the end, the place was packed with serious music fans, everyone played well and we all sold A LOT of merch that night. One of the best, if not the best show of the tour. Infinite thanks to the Olivier brothers for making Paris memorable, to Ziad & his girlfriend for their apartment. 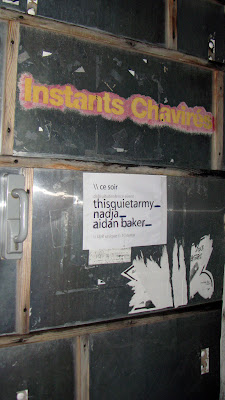 You can read a review of the evening by Fabrice Allard @ EtherREAL here.

We did not have supper before the show, and everything was closed after. Helge & Gaylor went to the grocery stores to get some things to cook. However, I ate the meat pie that Ziad left for us in the fridge as we arrived home --- too hungry.
Publié par THISQUIETARMY à 03:13