We arrived in Esslingen mid-afternoon, which is about 15km from Stuttgart. We were invited to play at Villa Markel, which is a gallery for temporary art exhibitions, located in the middle of a huge park, which made me think of some kind of retirement home, or recluse clinic center for mental health --- I really wasn't sure whether we landed at the right place or not. 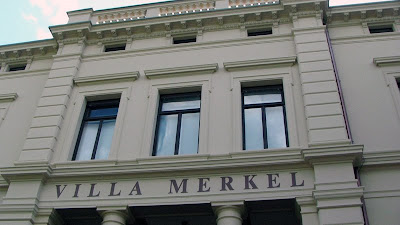 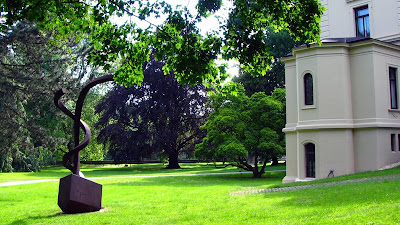 To our surprise, we were told that we would be playing outdoors, in the adjacent old and beautiful terrace to the gallery. The full sound and lightning system was professionally set up by the team, with a screen and dvd projector for my set --- however, the sun did not set until 9:30pm or so, and they were rendered useless as i started playing at a quarter to nine. 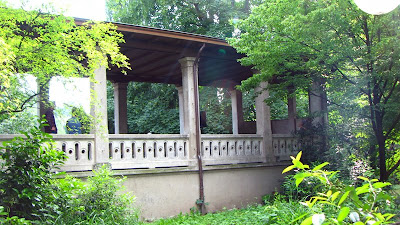 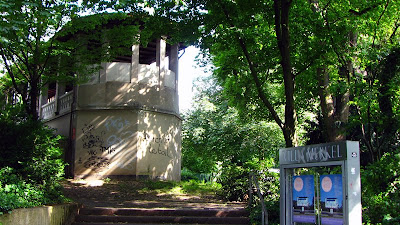 Nonetheless, it felt really weird to start playing while it was still bright outside and people were just starting to get in. The projections were very faint, so I did not have the visual support that usually goes with my introverted music and persona, which was quite nerve-wrecking for me. By the end of my set, I looked up and to my surprise, the place was packed! They were applauding for a really long time, like for a full minute, which froze me to death, unexpected. The crowd was a mix of young and old people, a lot would not have attended if it wasn't for the special circumstances and affiliation with the art gallery. My only sales that evening was a tank t-shirt and a sticker to two of the younger female crowd members, that was cute I think.

You can also read in article of the event here, courtesy of the Esslingen Zeitung (in German). 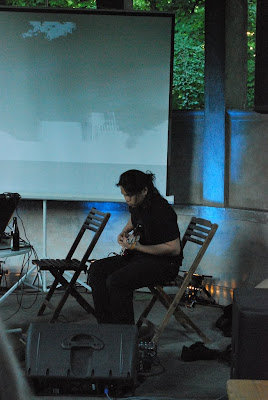 Here's a time-lapse video I did of the gig:
We slept in the attic of the Komma, which is another venue/cultural center not far from there. We were served pasta and other assorted veggies. Later, I raided the Komma's fridge to make some cheese sandwiches with horseradish spread after a full evening of smoking and drinking on the roof of the Komma. 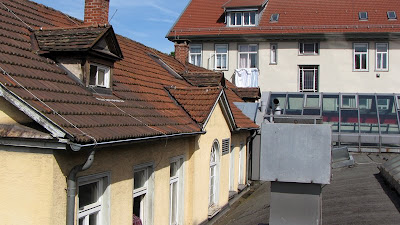 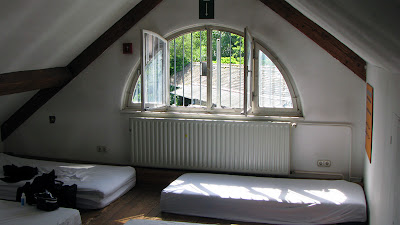