I need to get rid of these blog updates, so let's condense all of Poland in one entry.

Because of the lack of highways in eastern Europe, it took about 7-8 hours to get to Krakow, Poland. We arrived late and the show started early, but we managed to get proper soundcheck and we rushed to the Green Way vegetarian bar for a pretty good meal (I don't remember what I had... some sort of Samosa/Pierogies). I had to get on stage right after that though... The venue, which was inside this huge pub with an outdoor garden, was quite packed at that point, a young appreciative crowd... A lot of the people around looked like college hipsters/scenesters, which was weird to see thousand of miles away from home. I didn't sell a lot of merch in Poland, but I can understand why: their Zloty currency is not the highest in Europe and for the price of one CD, I guess you can buy about twenty beers.

With the long trip and the late arrival with no time to relax, the gig happened and ended very quickly. We were brought to the Mundo Hostel to drop our stuff and we went for drinks at Kawiarnia Nokowa. I also had a late night Zapiekanka, which is like a long pizza bread... I had the regular one with mushrooms, cheese and garlic sauce, it was quite yummy! 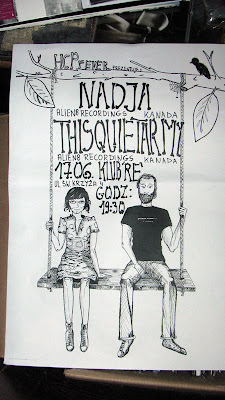 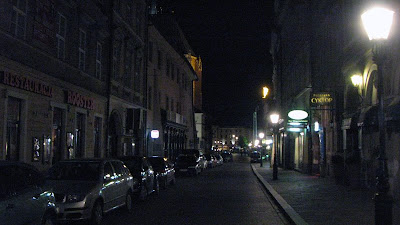 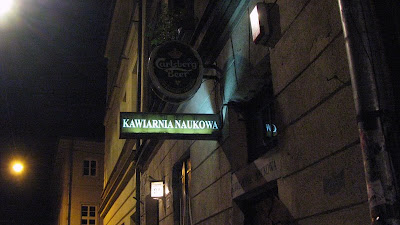 Again, with the 7-8 hours long drive. We arrive slightly late without breathing time. Shows in Poland have been starting at 8pm sharp, which is quite early and weird. Everyone was disappointed about the turnout, and blamed the next day exams... 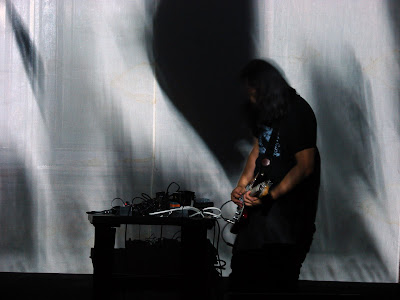 To make up for it, the promoters took us out to two different bars for drinks (don't know the names)... We got out of the last one at 4am and it was already quite bright outside. I ended up getting wasted with beer, shots of vodka and else... We were quite intoxicated and I got... sick in the process, fun times though. 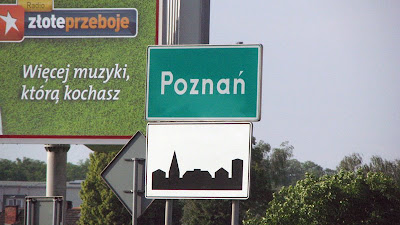 Felt quite under the weather for the whole ride and the whole day... The weather was crappy and did not help my mood. To top it off, the venue was switched and the show was moved to a squat in the middle of nowhere. There was a generator running on gas to provide power for the show and they actually ran out in the end, cutting Nadja's set short though it was planned. We were also playing with this other polish emo-crust band (?!) called Panacea, and there was no blank walls to project the visuals... so they were skipped for this show. But with the room jam-packed, no one could really see anything, the visuals would've greatly helped in this case... Ah well. Something weird also happened with my loop-sample, some kind of sketchy power surge made it skip a beat and it was one of those upbeat 4/4 song... it threw me off completely and I had to improvise and transition to something else... sort of embarrassing. Had to finish with Battlefield Arkestrah/Warchitects to save myself. Applause was quite long, sort of like a call for an encore, but I was frozen... Here are pictures of the squat: 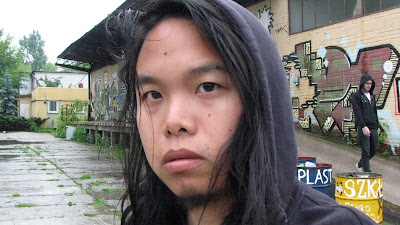 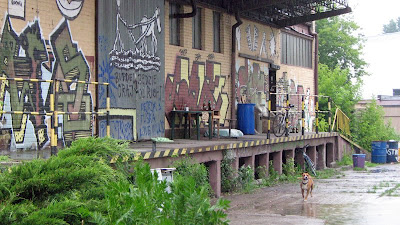 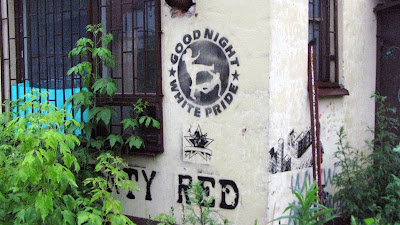 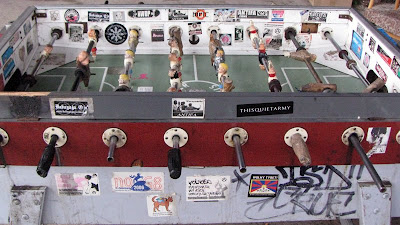 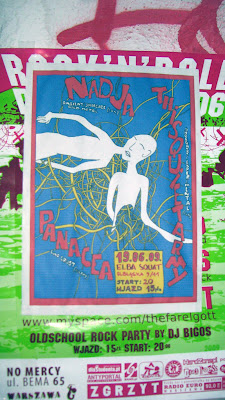 Gdynia is an industrial/portuary town north of Poland... Again, this show was quite rushed because there was some kind of prom dance party going on after the show. The venue, Ucho, was quite huge that it was unclear how many people were actually attending the show... I think it went okay. The stage was high and there was a couple of photographers taking close-up shots and such. Also the projection screen was on the top-left of the stage, which was a bit weird. 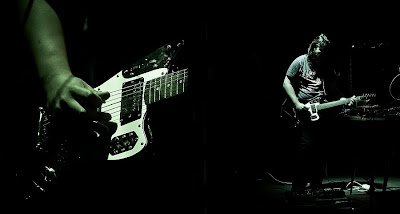 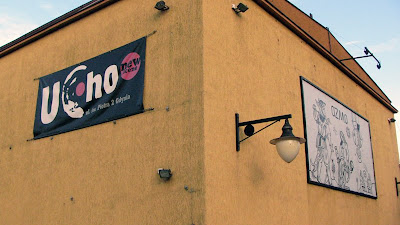 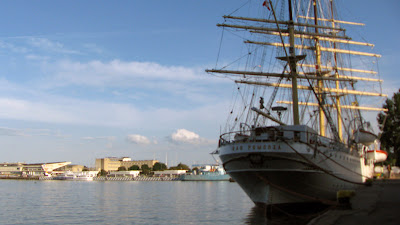 Last show of the tour, we were all getting cranky at this point. The sky was still grey and the roads were slow and winding, although it made nice road pictures: 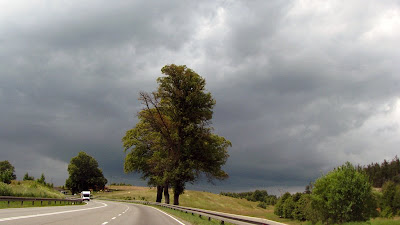 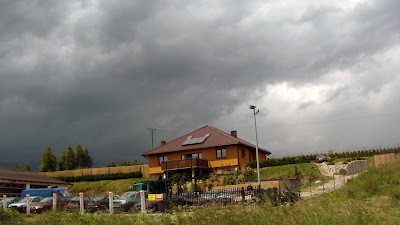 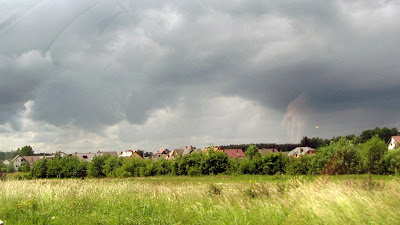 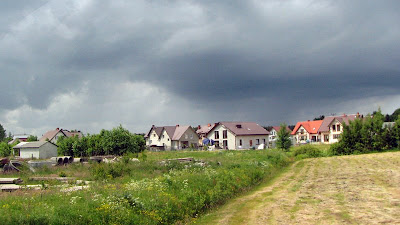 We played at the Alter-Ego bar, a nice little red pub at the bottom of this huge town hall. They played Swans' Children of God on the stereo for most of the evening. 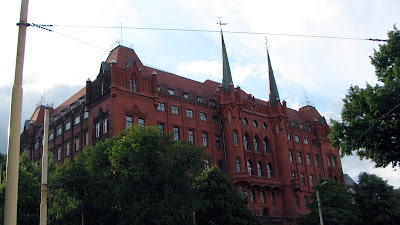 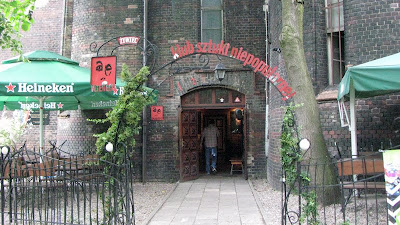 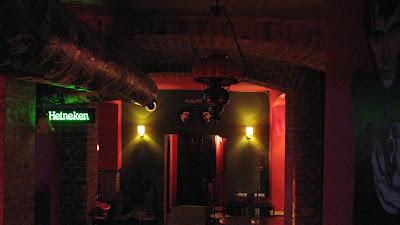 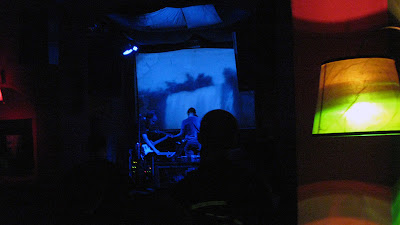 We went back home to Berlin that night... only 1h45 away. Stayed in town for a couple of days before coming back to Montreal... 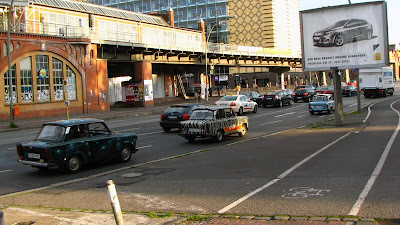 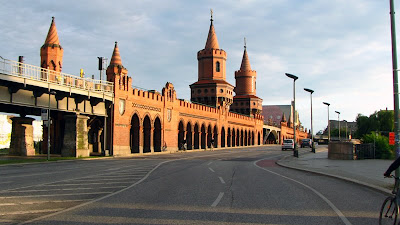 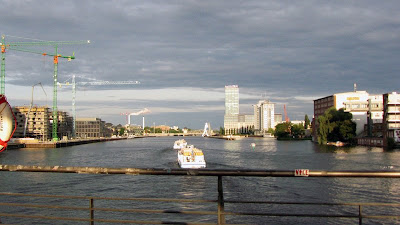 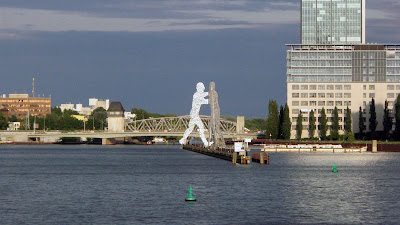 wow. reliving that through your post is actually kinda hard.